"Your feelings are justified."

"This should be... interesting."

"Can´t be any worse than we do. Besides, we fill these pages with far more quotes then suggestions."

- TLhikan, adding absolutely nothing to the discussion and about to be horribly out of date anyhow

"There are already two denied suggestions! One of them is a blatant copy of my suggestion! YAY!"

- Davidx123, being strangely happy about seeing his suggestion denied

- Blood-Russia, on Davidx's Glee of his suggestion being copied then denied

"I always believed people were generally smart and sane... then I found the minor faction pages."

Target an area. A radiation bomb will hit it and spray toxin ; any infantry unit killed by the radiation will be turn into neutral Radiation Spawn (attacks both players).

Sub-unit:Radiation Spawn: a slow, mewling blob of flesh, has Hp similar to that of a War Bear, has weak meelee attack. Explode on death, deal moderate damage to units within the blast radius. 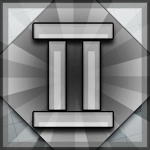 Propaganda Centre: Cluster Storm: With the Soviets phasing out many of their old V4 cluster warheads in exchange for the new Desolator Warhead, their allies have found themselves in position to purchase a great number of them, cheap. As such, a commander with some connection can order a long ranged missile strike on enemy positions from lended off map V4s. (Fires long ranged attack rockets that do the non Desolator Warhead version of the V4s alternate attack. Upgrading the power increases the numbers, in the sequence of 2, 4, and then 6 missiles.)

Tunnel Complex: Pit Trap: In the jungle, not even the ground beneath your feet can be trusted. By digging from below, the Vietcong can set up a series of deadly traps. Creates a series of stealthed traps (much like a minefield) at the target area, which will damage and stun infantry.

Tunnel Complex: Jungle Drums: While it is very important to the Vietcong not to be found by the enemy, sometimes it is also very important for the enemy to find them.. or at least think they've found them. It turns out a small group of men told to make a lot of noise and fire more then their fair share of ammo can make a very loud disturbance, which will then pull the ARVN out to investigate, either walking into an ambush or drawing off troops from Vietcong's real targets. (Spawns a group of Vietcong colored dots on the minimap and makes combat noises at that location) Deathmatch Power

Tunnel Complex: Rope Burns: While Vietcong is both brave and highly motivated, they have learned to their regret that they can not survive a full on direct battle. Sadly for them, their enemies understand this too, and are therefor unlikely to simply let them retreat when they want to. As such, Vietcong has turned once again to the natural resources of the jungle they live in, gathering and weaving together long braids of slow burning, and very smoky, vegetation. These braids are placed in likely combat spots ahead of time, and once it is time to retreat they are set on fire, creating a concealing smoke cloud that can be used to break contact with ARVN.

Cult of the Black hand Edit

Prevents friendly vehicles in a radius from moving or firing, but slowly repairs them until they are instructed to move/fire, alternatively it removes debuffs (GOOP, AURA, Morale, Basilisk) from target vehicles (not a double suggestion, but two uses for the same one. Use it on units you want repaired, or ones that are in combat with units that debuff)

Deathmatch Power Only. Remnant off map heavy artillery support is called in, launching a napalm shell into the enemy lines to deal with dug in infantry. Upgrades do not increase the amount of shells but instead enhance the type of napalm used.

Cult Temple: Purpose-Bred: The cult manipulate a civilian in the targeted civilian building. as soon as you target a building and click it, a flaming civilian doused in gasoline and maddening chemicals comes running out of the building under your control, though the unit dies quickly, it has the terrifying tag applied, and thus makes enemy units flee.

Brother of the Cause: An enemy infantry unit proves himself a true brother of the cause by tattling on his so called allies, giving you temporary access to his sight radius before enemy intelligence agencies block of the channel he is using to communicate with you. Might be Deathmatch only.

Path to Paradise: A friendly civilian unit reveals himself as a Terrorist by blowing himself up. (Causes a neutral civilian, like the ones created by Crowd Cover, to explode.)

Cult Temple: Volley of Madness: Target a civilian building. The people inside turn out to be Cult members. Note that the outer layer of the building is not changed after being targeted. When enemy's units approach the building the cultists inside will launch a massive volley of darts loaded with hallucinogens similar to those of needle snipers, cause enemy's infantry to go mad. No one can garrison the building until the protocol is activated.

A squad of infantry will exit the building

LVL2:This time it isn´t just a bigger bomb, it also got a feature: an additional tank of 2 cubicmeters gasoline.

LVL3: An experimental thermobaric warhead. I don´t have to say more, do I?

If this is not the Reservists` style, because of the widespread destruction, move it to the ARVN and give it a second chance.

Just reduce it to one pad, and yeah

Cutlass Sweep: Calls in three of the Reservist's Cutlass Ramjets from off-screen. These fighters will fire their machine guns at any hostile aircraft they encounter on their path, but save their missles for hostiles in the targeted area. If their are no hostile aircraft in the targeted area, they will circle until they have expended all of their missles.

CryoBomb: Drops a CryoBomb (a bomb full of liquid Nitrogen) onto the field. The bomb can freeze infantry, and leave a temporary ice patch to impede vehicles. Minor faction deathmatch only.

But Cryo is liquid Helium. Just an FYI.

Just-A-Sandbag: All Nationalist infantry units in a radius have a sandbag barrier appear before them! This will add defensive cover from the front, and maybe sides, but not the back

Renamed to Dig In

Walking Dead: Select a group of dead bodies. These bodies are reanimated as National Garrison for your use.

Propaganda Centre: Propaganda Bomb: Red China launches an air raid with one of its few remaining bombers and drops a storm of communist leaflets down on an area of the battlefield, encouraging all friendly infantry to do their best and making enemy infantry doubt their own cause. Sadly, people in tanks can't read the leaflets, so vehicles are unaffected.

Propaganda Centre: Blowback: Rigs target garrisonable structure to blow spectacularly when someone attempts to garrison it.

Cult of the Black Hand Edit

Cult Temple: Death Gliders: Reinforcement power for Deathmatch. The cult has its fingers in many places, and had no trouble getting its hands on some old hang gliders that are launched from the temple with a mancannon acquired from the black market. The people piloting the gliders can't attack, but they can choose to land at any time, becoming either normal Acolytes and Armour Hunters at that time. Upgrades increase the amount of gliders launched.

Cult Temple: Scheduled Maintenance: Reinforcement power for Deathmatch. Black hand supporters in the enemy maintenance crew schedule a trip to an enemy turret right when you will find it most useful, allowing you to temporarily disable one enemy turret.

Cult Temple: For the Messiah!: Reinforcement power for Deathmatch. An enemy infantry unit is revealed to be a true believer as she or he sets off the backpack bomb that he brought with him to work, exploding and releasing a cloud of crazy gas.

Cult Temple: Blinding: Reinforcement power for Deathmatch. No one knows how they did it, but the Black Hand covers your minimap for a set amount of time so you can't see it.

Quistling: Turns out that conspiracy about drugs in the water supply is not so crazy after all. Target a war factory or barracks; a Black Hand loyalist will sabotage it with crazy gas, meaning that, for a short duration, units produced from this structure are under the standard insanity-inducing effects.

Now THIS is what they're talking about

Cult Temple: Wicker Man: Reinforcement power for Deathmatch - Having been built secretly throughout the entire battle, the Black Hand unveil a great metal machine covered in an iron lattice skeleton, smothered in hallucinogenic oils, and set on fire - the dreaded Wicker Man.

Sub-Unit: Wicker Man - The Wicker Man is a vaguely humanoid construct that inspires a primordial and ancient fear, and constantly burns clouds of thick and hallucinogenic smoke; all infantry in a wide radius around it go berserk, and even vehicle crews move and fire slower as they struggle to cover their mouths and noses against the fumes. The Wicker Man can choose to put itself out and slowly move around the battlefield, but will not heal from the damage it has suffered.

Cult Temple: Riot!: Select an area with civilians in it. Certain drugs are added into the water supply, which causes civilians in the area to riot. These civilians will start attacking any enemies that come near them with molotovs and submachine gun fire. Note, however, that they are under no one's control.

Improvised Concealment: Creates some clutter to conceal your infantry units, good for escapes or ambushes.

Preparation: Target a neutral garrisonable building, GLA supporters will infiltrate it and give you a small vision radius. Only one active at a time.

Rebels are going to have this by default.

Angry Mob:Target an civilian building.from the building emerges an angry mob of people(Guerilla and few rebels).in the process the building is heavily damaged.

They love the Angry Mob, but it looks uncodable

This is easily codable(see Always Ready, Always There), OSB mistook what I said for this, rather than what I was talking about(can't remember, but it's denied anyways). This was accepted

Palace: Mail Bomb: GLA air mails a package onto the battlefield, through a hired syndicate air mail service. A suspiciously ticking package.... (At max upgrade also leaves a cloud of toxins behind.)

IED Array: A building is equipped with with some IED's around it, causing any enemy who comes to close to be blown up. (Temporary mine field around a targeted friendly or neutral building. Mines will blow up friendly units.) Deathmatch Only.

Insurance Policy: Like the soviet insurance, except that you can't target enemies, but your units are fully refunded (or maybe just 75%).

Retrieved from "https://paradox-modfanmadebackup.fandom.com/wiki/Minor_Factions_Protocol_Suggestions?oldid=5371"
Community content is available under CC-BY-SA unless otherwise noted.